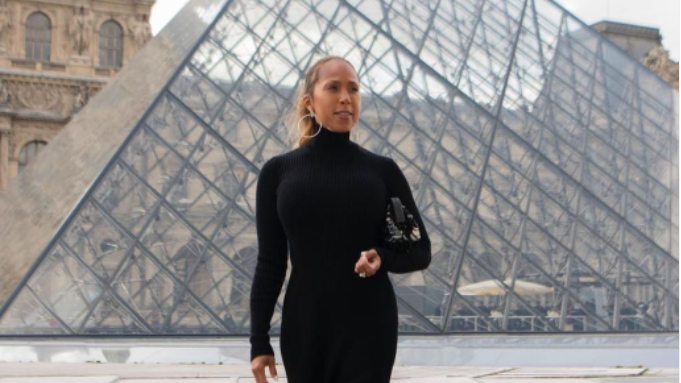 Most people know Steve Harvey from his infamous blooper on the Miss Universe contest, but little do they know about his wife Marjorie Bridges Woods AKA Marjorie Elaine Harvey. The TV host of one of the bizarre game show the “Family Feud” Steve is not so notorious about his personal life.

In this Biography, we sink deep into his beautiful wife – Marjorie Harvey. Although shined in the shadows of Steve Harvey, Marjorie Bridges Woods has also made a household name for herself for being an internet personality and fashion icon.

In 2007, she started her own fashion blog – The Lady Loves Couture where she depicts exciting ideas about fashion and her talent as a fashion artist. She is a mother of three (from Her previous husbands)and looks like finally these two have found the love of their life.

Marjorie is 47 years old, and she was born on October 10, 1974 to Doris Bridges. Marjorie didn’t have a high profile education background to begin with. Dropped out of the University of Memphis due to bad report, she wasn’t into the books. It was her passion toward fashion that offered her a meaningful edge to her career.

Marjorie last name Woods comes from one of her previous marriage. Although unknown to most about her previous marriages, it’s claimed by sources that she had been married twice before meeting Steve. And her both marriage was doomed due to criminal link ups of both of her husbands. However, after she met Steve Harvey, they two haven’t looked back. It looks like finally the two have found their real bond after two failed marriages of both the couple.

Affair and Marriage – How it all started?

Now you might be wondering how did the rolling of the eyes and cute smiles started for the couple. The two sweethearts first met in Memphis Comedy Club. The news also claimed that Steve Harvey’s personal bodyguard recommend to Steve that bridges could be an ideal pair for the comedian.

Known for his comedic portrayal in various independent scenes to big screens, Harvey once announced that he is going to marry Majorie in the future by saying:

“I don’t know who you are but i’m going to marry you.”

However, the relation wasn’t always a happy ride for the couple. In one article Marjorie stated that

“I knew he was THE ONE shortly after I started dated him. but then he just left. Disappeared.”

Perhaps the memories of previous failures might have made Harvey a little reluctant.

However, after dating bridges for several months that came with few ups and downs, the finally decided to tie the knot in 25 June 2007. Since then they have shared a happy bond and gives a notion of inspiration to people who have failed relationships.

Even after the couple having two severe divorces. One where Steve Harvey was even sued for 60 million dollar by her then wife Mary. She claims that Steve cheated on him and had an extra marital affair and told the news that he allegedly took her son Wynton.

However despite all these fuss they are together and running a wonderful relation.

Children of the Harvey’s

Although Majorie and Steve don’t have their biological children, the couple share four kids from Steve’s previous relationships and three from her own marriages. Among them Karli, Brandi and Broderick JR, are from Steve’s first wife Marcia Harvey. Wynton is from his second wife Marie Lee.

Rumors about Steve and Majorie’s relationship

Similar to many rumors’ that circulates the showbiz industry, we regularly heard news about the divorce between two couples. One media outlet even claimed hat their relationship is in tight edge. The rumor floated when she told an interviewer to address her as Marjorie “Bridges-Woods” which is the name she got from her previous husband.

This statement was enough to stir the tension between the comedian and fashion blogger. But, they quickly proved that their relationship is made of wall when they were romantically in love even after the 1 year of rumor.