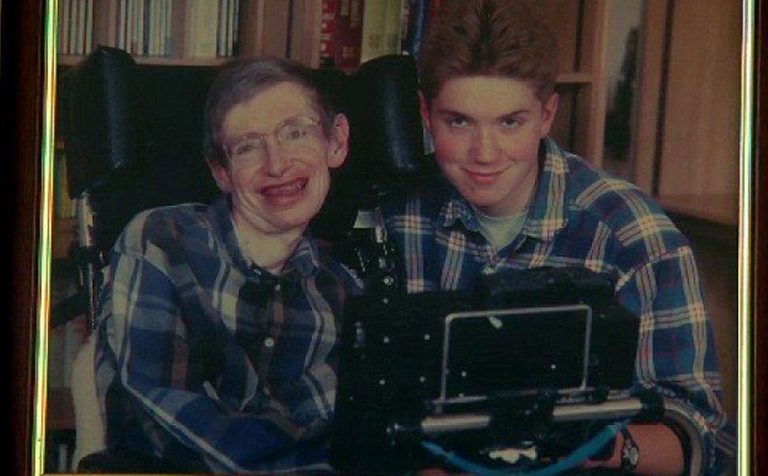 The memoir of Stephen Hawking’s first wife Jane clearly states that she had a bad sex life with Stephen because of his physical condition. The memoir also opens the door for us to assume that Jonathan Hellyer Jones is the father of Timothy. Long story short, Stephen is the one whom Timothy calls his father.

Born on the fifteenth day of April 1979, Timothy is claimed to be the youngest of Stephen’s children. Despite all the rumors of Timothy being the son of Jonathan, Timothy is a ‘Hawking’.

Timothy, the brother of Robert Hawking (employee of Microsoft) and Lucy (journalist) never had a happy childhood as his siblings. Timothy got the chance to have a two-way conversation with his father only when after his fifth birthday.

The youngest Hawking, in an interview, once said that his father losing his voice was ironically the time when he formed a close relation with his differently able father. We can assume how closed he got to his theoretical physicist father as we have known they used to visit the motor racing games, together. Timothy, 12 years younger to his eldest brother, still visits his father with his sister Lucy.

Timothy is said to have graduated from the Exter University in England. Tim graduated in Spanish and French language and is currently working for a famous toy firm named LEGO. He moved to the University of Birmingham to further continue his studies and managed to work for some small companies in the UK as an account manager.

With some valuable experience and determination, Tim joined LEGO as a loyalty executive and there is no looking back for him now. However, unlike his father, Tim holds a low profile when it comes to occupation.

In a rare interview Tim tells about the close bond he shares with his father. He admits that until the age of 5, he barely had any conversation with the drawl of speech box. Despite being unable to verbally communicate to his father during his early childhood, his regular visit to his father’s place has certainly made his father a happy man, now. Timothy, in a family event, fifteen years back said how happy was his father Stephen when he turned 60.

Tim even cracked a joke saying his father looked like a 50-year-old man even in his 60s and didn’t miss on saying how full of life his father is and has been. He said that his father gets really competitive and not the easiest opponent to face particularly chess.

In a BBC documentary, Timothy confessed how he used to program swear words into his father’s speech machine and played prank. He and Stephen shared a common passion for Formula one which tells more about their magical chemistry. Despite the darker side of not being able to have a proper conversation with his father, Tim managed to remain happier and still visits his father, happily.

A controversy popped up like a burning flame with the grand launch of the movie – “The theory of Everything.” People started to speculate on the birth of Tim who some believe is the child of Jonathan Hellyer Jones and Jane. Also in Jane’s book – Travelling to Infinity: My Life with Stephen, she describes:

“I myself did not know the answer to her question,” writes Jane, “but my sense of loyalty to Stephen forbade any open discussion of that topic, which for him was as taboo a subject as his illness.”

“She also told in her book that,  curious if Jonathan Hellyer Jones was the father, Isobel Hawking, Stephen’s mother, flat-out asked Jane which man was the father. Jane told her it could only be Stephen’s.”

The movie definitely portrays an unanswered question and mixes uncertainty about the biological relation of Tim with Stephen. But the fact is Tim has the surname Hawking. And, even a DNA test can’t change that.

Did we miss anything, or do you have any tips for us? Send us your ideas so we can update this post to make it more comprehensive.