Predominantly known as the British television quiz personality and one of the contestants of I’m a celebrity, get me out of here, Risen to the fame as one of the chasers in the hit quiz series, ”The Chase”. Anne kills it when it comes to the show. An academic proofreader, editor and a former journalist by profession, Anne Hegerty has more to her story than just being a reality TV star.

Here we dig deeper into her personal and professional background to unbox all the mystery related to the Governess of “The Chase.”

Anne was born on 14 July 1958 in the bustling government city of Westminster. Born to parents Kenneth and Shirley Brereton Hegerty, she was raised in the beautiful area near Birmingham Palace. If you ever wondered how the term Governess is bestowed upon her.

She started her journalistic career in the 1980s as a reporter and a featured writer at the South Wales Argus, based in Newport, South Wales before moving to Manchester, England

Anne was diagnosed with Asperger syndrome in 2005. She told that she only realized her symptoms when she watched a documentary in Autism in 2003.

Till 2008, Anne was having a hard time keeping food on her table. Talking to Loose Women, she described, “I realized the whole problem with juggling things hadn’t got any better just because I knew what it was, I was still struggling, I was having difficulty getting jobs done on time.

“On New Year’s Day 2008 I had two bailiffs turn up on my doorstep and because I had so little income I had not been paying bills, and I respect the concept of paying bills, I’m very much in favor of it, I just couldn’t quite get it together.”

However, those days are gone long for her as her career has skyrocketed!

Before landing a commercial gig on the hit TV series, “The Chaser” in 2010, she used to work as a proofreader, journalist, and editor. She told that she always had a problem with her organization skills and didn’t know what to do about it.

Only later she found that she had the syndrome. 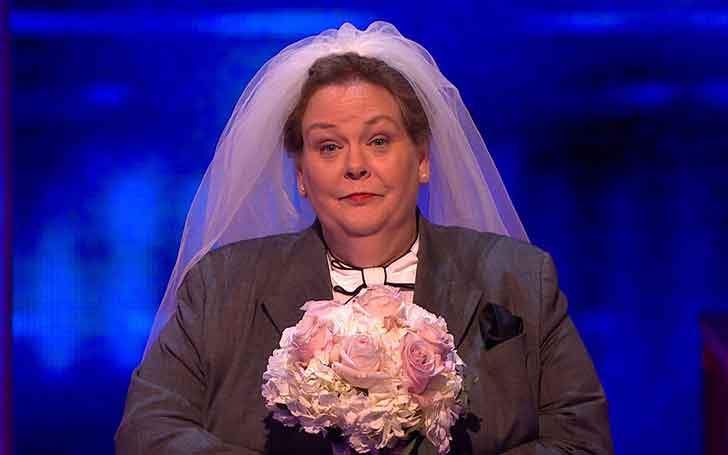 After joining as one of the chasers in the show, she has been the active member till this date. The Chase is one of the most successful hits gathering a regular audience of 3 to 5 million.

During her time in the jungle, she revealed the chasers have a secret handshake ritual that they perform backstage during the final chase

The 60 yo explained, “there’s a thing the chasers do before the final chase, we all put hands in (on top of each other) and go, batter them!”

Anne along with her four companions have the role of eliminating their individual contestants by catching each contestant. She is quite a brainiac and almost every time gets inside of the contestants. However, she is mostly known as the formidable and fearsome matriarch of the chase

Anne Hegerty on I’m a Celebrity

After being one of the toughest chasers, Anne had been elected for various shows. She has won several quiz competitions including the Bolton premier quiz league. She also ranked 65th position in world quizzing championship in 2017.

Following the success of Chase, she has also been the active star of the Australian edition of Chase along with co-star Mark Labbett.

She has also been featured pantomime, and most recently as the princess of China in 2017’s Torquay’s version of Aladdin. Her fame has now given her the place at the Jungle in I’m a celebrity, get me out of here. And we have certainly learned about her quirks from the show itself.

There was a wide speculation regarding her sexuality. However, Anne was clear to shut down any window of speculations.

A woman named Sarah when asked her about her relationship status, she was quick to add her quirks in the reply, I’m not a lesbian so I wouldn’t want a girlfriend. She explicitly replied to her fan. She further added that she keeps her personal life private.

@exonian234 I'm not a lesbian, so wouldn't want a girlfriend, and I keep my private life private 🙂

In an exclusive interview with Express, she revealed that her space is the reason behind her being single. In a joyful interview, the interviewer asked her about the romantic movie Annie Hall. As subtle as Anne is, she quickly compared her sex life with the character Annie Hall, which is dreadful.

As per her past relationships is concerned, she is yet to reveal it. We are hoping that we can find a string or two to connect the dots in the coming future.

Till this date, her net worth has not been disclosed but presumably, she’s worth thousands of dollars. She is also active in Twitter responding to her fan’s queries. She also used to have her own site on her name but it’s shut down for some unknown reasons.

The quirky Anne Hagerty like any other celebs is a mystical product but as the show goes on, we will probably scrape through the other chapters of the 60-year-old governess.