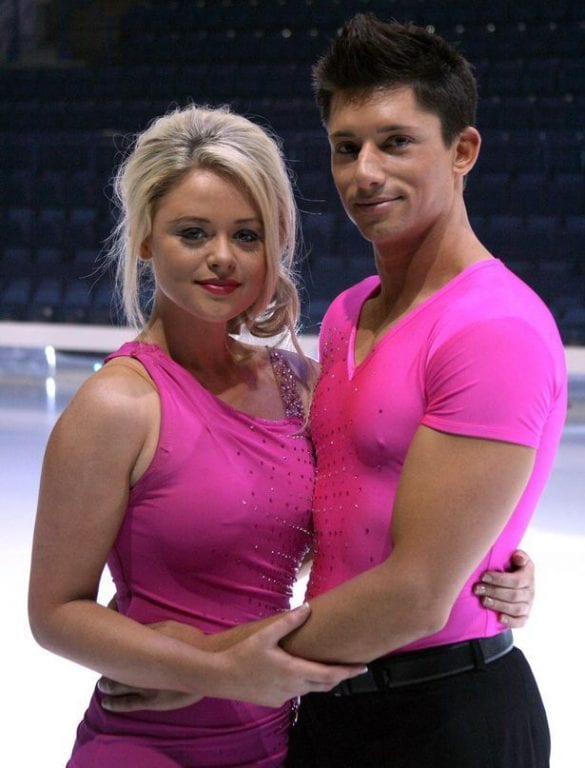 Mostly known for her dramatic role as Charlotte in global hit series “The Inbetweeners”, Emily has been under the shade over the course of her career. Although featured in a few low budget gigs in recent years, the British actress is still to earn a household name. However, it’s her casting in the hit series “I’m A Celeb Jungle” that has caught the attention of seekers.

Emily Jane Atack was born on 18 December 1989,  in the beautiful town of Luton, Bedfordshire. She is the first child to parents Kate Robbins who is also an actress by profession and Keith Atack formerly known by his pop band “child.”

If you ever wondered how Emily got her quirky comic skills that you see in her Instagram, it’s probably through her mother. You can see her fun little mimicry in her Instagram page. She was brought up in Luton, Bedfordshire where she did her schooling. She is the eldest among her two siblings Martha Atack (Born: September 1991) and George Atack (Born: October 1992).

She is also linked to Paul McCartney, singer, and multi-instrumentalist of the famous boy band the Beatles through her grandmother who are cousins by blood. Entering into the Showbiz was a breeze to her being the niece of Ted Robbins, Jane Robbins, Emma Robbins, and Amy Robbins.

Emily has notoriously been in the news for her jolly behaviors. Although she is supposedly been in not too many committed relationships, she had her issues with a number of flings with various star powers.

In may 2012, it was rumored that Emily and Harry Styles of One Direction were dating. Emily later admitted that she enjoyed a brief fling with Harry Styles and were never too serious to call each other boyfriend and girlfriend. She told the revealing magazine:

“we were never boyfriend and girlfriend. I think that’s the first time I’ve ever admitted to what it was because I’ve always just shrugged it off before”

Emily added: “ Harry and I had a laugh. It was brief but fun, and then we moved on. We haven’t spoken in a while he’s one of the most famous people in the world now”

Emily also admitted that she had a crush on Harry when he shot to fame on the X factor back in 2010 when he was just 16. She also posted on Twitter like 3 years ago, she said,” does Harry from one direction have to be 16?! Let’s pretend he’s 18 at least! Then there would only be one direction he would be going … to a bedroom!”

Further, Emily was also accused of having a secret fling with her “Dancing on Ice” pro Fred Palascak. This news came from the back of a report that reported Emily’s secret fling with McFly’s Dougie Poynter. According to the sources of Sun, Emily and Dougie had a brief stint of no strings attached relationship.

Recently, she also asked Harry Redknapp about the relationship status of his son Jamie Redknapp. And made no effort to hide her interest toward the former football star.

She is now the contestant of I’m a celebrity get me out of here and with a big chance of winning the prize money. Emily is hoping to get a career boost by entering the jungle and wishing that her family member Paul McCartney supports her through her quest of the jungle.

Tonight is the night. 🐛🕷🐍 pic.twitter.com/K1kif9hmyU

She is also set to star in a comedy show, Almost Never with Colin Hoult. The show is set to broadcast in CBBC during the New Year.

Emily racks a good bunch of followers on Twitter as well as Instagram. She is most active in her Instagram page where she posts random videos and pictures for her fans.