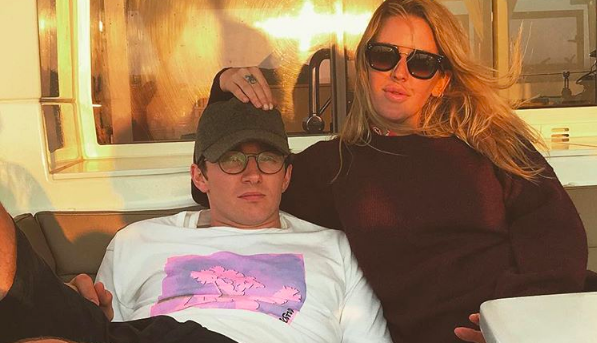 The fever of Celebrities breaking down their important news on Instagram isn’t new. The gloomy day of August 7, 2018, repeated history when British pop singer Ellie (Elena) Goulding shared a heart-warming post in her Instagram. Yes! Finally, the special day of Ellie had finally arrived. While we were all excited twitching every single muscle possible, we couldn’t keep our sight out of Casper Jopling.

But who is Caspar Jopling? In the midst of all the excitements, we have details about the Mr. Jopling, who stole Ellie’s heart in just 18 months.

Ellie and Caspar’s road to love

You just don’t need more time, when you know it’s right. When it’s right, it’s right. And the statement holds true for this beautiful couple. It was April 2017 when speculations about Goulding’s secret love affair surfaced when she was spotted smooching at the Karaoke Night in west London’s Posh Mayfair. While there are a lot of speculations regarding how they first met. One source confirms that the couple was introduced by their mutual friend Princess Beatrice.

Fast forward and 18 months later, Ellie herself broke down the news of their engagement through a beautiful Instagram post.

A gorgeous black and white photo of her with Caspar where she gives him a cheerful kiss in the cheeks is a soft signal that she is head over heels for her man. 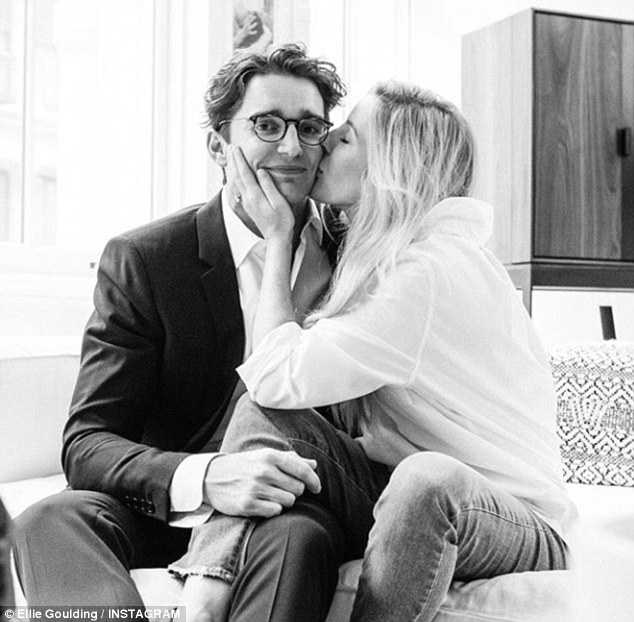 Just like Benedict Cumberbatch, the ever so charming couple followed his footsteps of breaking the news in the personal announcements section of the times.

“I tend to keep my life very private these days and I have enjoyed the time I’ve had away from all the madness,” she explained.

“But we’ve had so many beautiful messages of support and love the past few days, as have our families, that we wanted to say thank you so much! We appreciate it more than you could ever know.”

She continued: “You’re the most wonderful person I’ve ever known, and I can’t wait to be your very giggly, in awe and loved up wife.”

Jopling who is 5 years younger than his counterpart was born in 1992. His parents Nicholas Jopling and Jayne Warde-Aldamgrew are believed to be living in Yorkshire as the paper suggests.

However, Jopling grew up in Lyonshall where he attended Eton for boring school. He definitely wears the smarty pants in the house with degrees from both London Film Academy as well as Harvard University. Don’t let his cute looks mislead you, he is quite a brainiac.

In his early days of school, he was an athlete. In 2009 and 2010, he was a part of the rowing team representing Team Great Britain at the Youth Olympics. Although his Twitter handles states, not an athlete, he still ran New York City Marathon last year.

Transitioning from Athlete to Art Dealer

From being a GB Rower to art dealer is quite a transition. But both Ellie Goulding and Caspar Joplin have stated his athletic days are behind him. According to his Linkedin Profile, he currently works at Sotheby’s in New York City where his role is to develop a corporate strategy in contemporary art. He has also authored a couple of pieces for Huffington Post mentioning about various artworks.

In the art world, Caspar holds quite a pedigree as he is the nephew of Jay Jopling who is a big shot in the art industry.  The founder of Blue-chip London gallery White Cube may be the inspiration behind Caspar’s love for arts!

Jopling is also a big fan of Damien Hist artwork who arguably helped him launch a successful career by involving a stick of inspiration through some famous works like For the Love of God. The love for art is probably what makes the couple tick. In one Instagram post, the couple was seen visiting Storm King Art Centre. They also co-organized an auction for Sotheby’s featuring the contemporary artists like Andy Warhol and Ed Ruscha.

As of now, we know he has two loves in his life, art, and Ellie. You can find his Instagram filled with both of them!

What’s next for the soon to be groom and bride?

The Evening Standard outlet reported that they moved in together and work pass their schedules to travel back and forth to London and New York City where they have rented an apartment. Speaking to the outlet, the singer described the moment as one of the best of her life. As a singer, she needed to enter the dark side to write songs but she couldn’t be happier being with the lover of her life.

Goulding is also preparing for her fourth album as well as her first tour to South Korea!