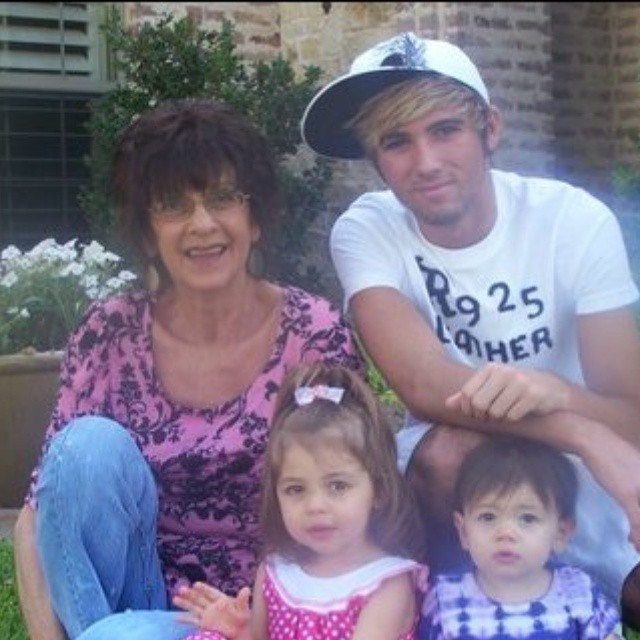 Isn’t it needless to say that Hannah Montana star Miley Cyrus hasn’t more or less talked about his half-brother Christopher? Oh, Wait! Some of you may not have known about the mystery unless you read the previous line, here. Yes, Christopher Cody Cyrus is a half-brother of Miley.

Christopher Cody was born on April 8, 1992, to Billy Ray Cyrus and Kristin Luckey, a waitress in South Carolina. His parents were already separated by the time of his birth and his father had already impregnated his new girlfriend Tish, with Miley. It is obvious how tough was Chris’ life as a child. The only bright side that he could feel comfortable was being musician Billy’s eldest biological child.

Growing up and career

Regardless of how sad his childhood was, his mother never gave up on keeping him happier. Christopher attended and graduated from the Law School at the University of Texas. He earned $7.5 per hour while her half-sister Miley’s net worth is around $200 million, now.

Billy, his father, focuses more on her famous daughter while his son needs to wait for a week to get a text back. He used to work in an electronic store a couple of years back and needed his mother to drop him to his work place.

Cody is a flamboyant kid and certainly not afraid to speak his mind. Although he isn’t much close to the Cyrus family & has always been kept under the shadow, he is always generous towards his sister. In November 2007, he told that he met his sister in her private bus while she was performing in Fort Worth, Texas. He describes his sister with a genuine gesture calling her a “A goofy sister.”

Quick Rundown on other Cyrus Siblings

Brandi Glen
Brandy is the oldest among the Cyrus clan. Just like her sister, she is more into guitar and acting. Her latest show was “The Queue.”

Trace
Trace is the half brother of Miley. He is the son of Tish and her previous husband – Baxter Neal Helson . Billy later adopted Trace after marrying Tish to show his commitment toward his marriage.

Why growing up Braison was more into sports like basketball taking from the heritage of his father. But eventually he landed into the modeling scenes at the age of 18.

Noah
The youngest among the siblings, Noah has already stepped a foot into the silver screen. She also guest starred in Hannah Montanna.

More about the very less-known Cyrus

Christopher, despite of all the biases, is always positive towards his half-sister and is one of her biggest fans. There have been times when his eyes lit up when he remembered the good old days he spent with Miley. Even when Miley got a recording studio as a gift on her 16th birthday, Chris was happy to get nothing from his father. Kristin once recalled of how shocked she was when she knew about Billy was all set to be a father of a baby girl. She also didn’t hesitate to mention how Miley financially helped her brother Christopher.

In spite of seeing her eight month younger sister, Miley, just a handful time, Christopher loves the way she is. He never fails to talk about how goofy, fun-filled, and self-obsessed she is. He doesn’t adore her haters and have said she is just a normal celebrity who is trying to have fun in spite of the busy life she is living.
In contempt of every other ‘Cyrus’s being involved in the acting, singing, or modeling fraternity, Christopher is happy in his own way. He has ignored his father ignoring him; hasn’t cared about his sister not talking about him, and neglected the fact that he earns nothing compared to his brothers and sisters.

To summarize and conclude, he is happy with what he has and more than happy to live a non-celebrity life.

We stride to make this Bio as up to date as possible. So, if we have missed anything or if you have any suggestions, feel free to drop us a line here.