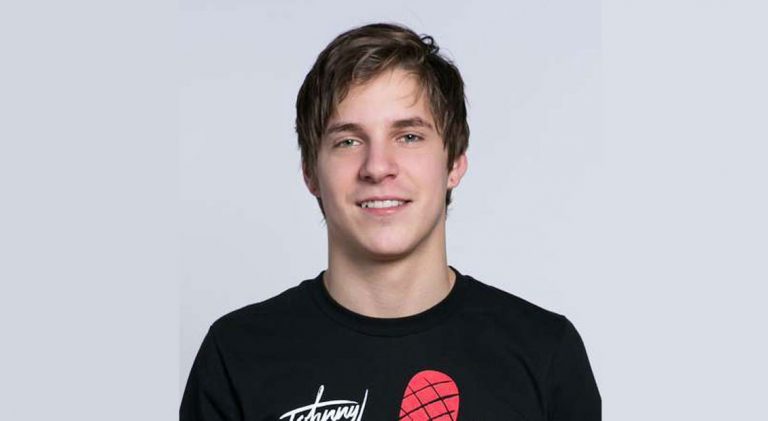 Trevor Wentworth is a singer / songwriter based out of Nashville best known for his band Our Last Night (EST 2004). Not only does Trevor Wentworth sing in the band, he also manages the group which drives the band’s success through their independent and DIY approach to the music industry.

Over the years Trevor has become quite the entrepreneur, starting ventures such as Clothing Lines, Music Consulting, and most recently an Electric Bike / Food Delivery Company called Pathway Cycles, based out South Africa.

Trevor was born June 1993, in New Hampshire, United States. Trevor Wentworth has a brother named Matthew Wentworth who is also in the band Our Last Night as a lead guitarist and clean vocals. The information on his parents is not disclosed. Having been born and raised in New Hampshire, Trevor attended the local school. He was an avid fan of metal since his childhood.

He and his brother Matthew used to sing a lot at home and music became their passion. While studying at the high school, the formed a band ‘Our Last night’ and used to cover songs of their favorite bands. They used to perform at their school’s talent shows as well paving the way to their professional musical journey.

Career and Fame with Our Last Night

Trevor Wentworth became the founding member of their band Our Last Night along with Matthew Wentworth, Alex “Woody” Woodrow and Timothy Molloy in 2004. Trevor Wentworth was in the vocals while Matthew was on vocal and guitar, Alex was on bass guitar and Timothy played the drums. The band is a four member post-hardcore, alternative metal, and metalcore band.

During 2006, the band became five members band including Colin Perry as a guitarist and signed with Epitaph Records in 2007. Trevor was 13 years old at that time and made the first tour. On March 2008, the band released their first album, The Ghosts among Us and the album peaked at No.6 on Billboard’s Top Heatseekers.

The fame of the Our Lat Night increased with such an album hit making the band tour across America. The following years they released their albums, We will all Evolve in 2010, Age of Ignorance in 2012 and Younger Dreams in 2015.  They have also released their EPs, We’ve been holding Back in 2004, Building Cities from scratch in 2005, A summer of covers in 2013, Oak Island in 2013, Oak Island Acoustic in 2014 and Decades of Covers in 2016.

Is Trevor Wentworth married or unmarried?

Moving onto the personal life of Trevor Wentworth, his personal life is full of bliss. According to some sources, he is married but the accuracy of the information is not known as some other sources reports he is in a relationship but not married. Trevor Wentworth has not also spoken anything on this regard.

However, Trevor does not hesitate to take his girlfriend’s name on and often on his social sites and interviews. Her name is Crystal Lanier. The pictures of the couple are widely available on the internet. The detail information on Crystal is not available in any source by any means. Trevor is enjoying his love life with his partner Crystal.

The couple is blessed with a son named Noah Lanier Wentworth. He was born on 2013 and Trevor loves his to the moon and back and posted publicly on his social accounts wishing his son Noah, happy 1st birthday and confessing his happiness on Noah’s arrival in his life.

He sheds beautiful quotes and messages in these social networking sites. If you like to learn more about him, you can easily find information on these sites.