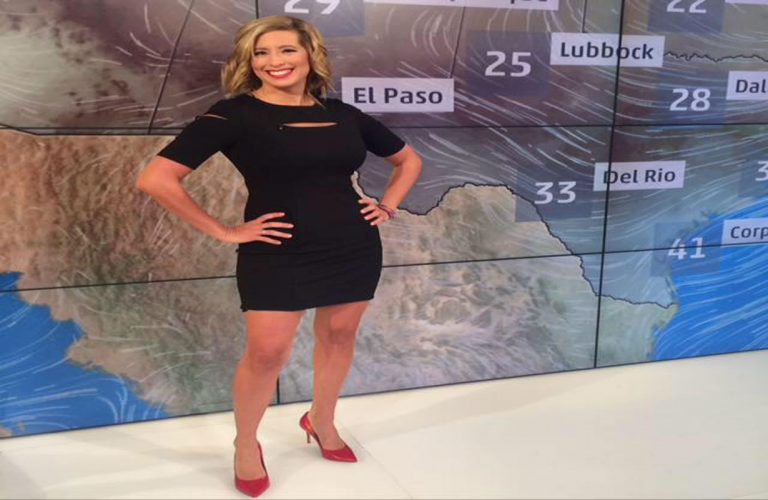 Stephanie Abrams is a renowned American TV meteorologist who currently co-hosts in America’s Morning Headquarters along with Jennifer Carfangno and Jim Cantore from 6 AM to 9 AM Weekdays. For people who don’t know a thing or two about meteorology, it’s a study about weather. So basically, she can be deemed as a weather forecaster who telecasts news regarding the weather.

In 2006, she also had a weather program on her name known as Abrams & Bettes Beyond the Forecast (A & B), that primarily broadcasts weather forecast, maps, discussions, and the news. 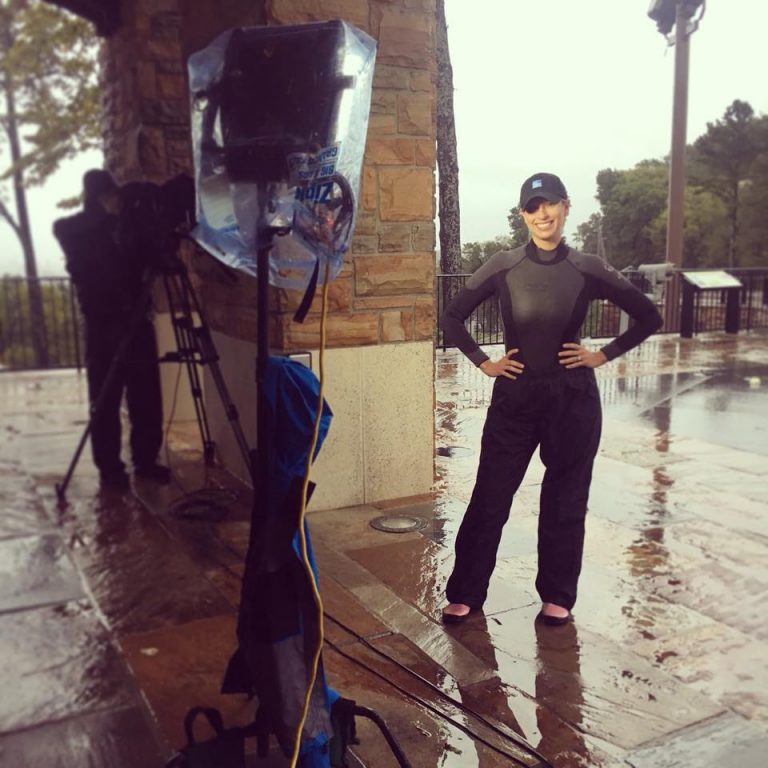 Born on 27 October 1978 in Wellington, Florida to an infectious disease specialist Barry Abrams, she always had that special thing for science especially Geology. She graduated from Florida State University with a Bachelor of Science degree  with specialization on geography and minoring in mathematics.

She is also a notable alumni of Delta Phi Epsilon an international sorority where she served as the President of the chapter.

Abrams gradually took another degree of B.S majoring meteorology from Florida State University with honor. Like every other meteorology students in FSU, he practiced on-air forecasts on FSU live. She also worked as a teaching assistant at the FSU teaching about meteorology. She continuously services for National Weather Association and the American Meteorological Society where she was also the president of the North Florida chapter of AMS.

Career and Net worth

Abrams’s career got a kick start from her first job as a morning meteorologist at WTXL in Tallahassee, Florida. This is where she was picked up by the Weather Channel in July 2003 and worked as a reporter till 2005. In 2005, she got her first break through as a co-host of her first show – the Weekend View. Then, she went on to launch her another program the A & B with her then husband Mike Bettes.

On July 20, 2009, she started working for another weekly program Wake up With AI with NBC’s AI Roker which broadcast its final episode in 2015. She was also an interim weather anchor on Weekend Today in 2012 when the co-hosts of that show left. Although she has hosted many programs from On The Radar to Morning Rush, it was her reporting on 2010 Winter Olympics in Vancouver that let the neutral spectators know more about her.

For the stature and caliber of Abrams, it’s likely that she gets paid really well. Although, the exact amount hasn’t been revealed by sources, it’s believed that she racks put 7 million annually for her reliable work at the office.

While working on the sets of A & B, Abrams began dating the fellow co-host Mike Bettes. However, unlike many other fairy tale, the story of Abrams and Bettes had to end just after 4 months of their married life. The rumor circulated that the reason for their divorce was the external marital affair of Bettes with fellow CNN meteorologist Alison Chinchar. However, both Bettes and Abrams were quite about the rumor. 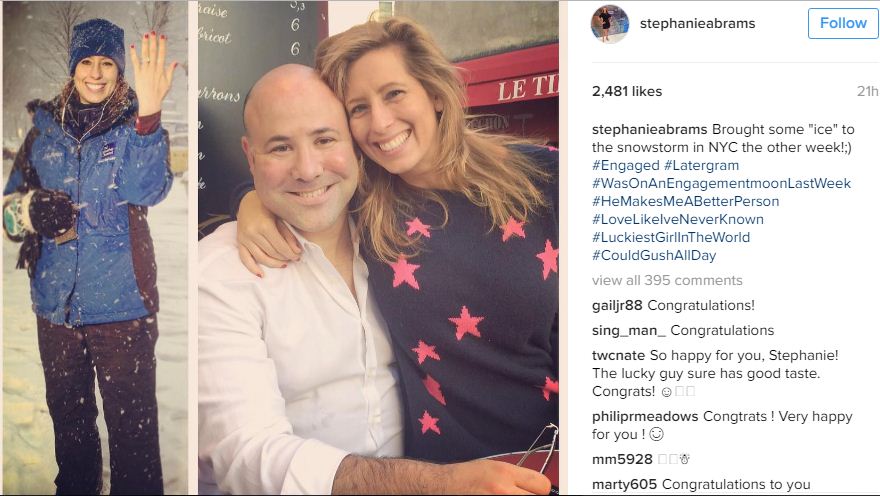 In February 2017, Stephanie announced her engagement with fairly unknown guy. She posted her picture in Instagram with her fiancé and a beautiful ring on her finger which confirmed the genuineness of the post. And, we are yet to hear about her new secret fiancé.

How active is Stephanie on Social Media?

Like many other celebrities who want to get a sneak peak on their fans, Stephanie Abrams too get caught up on social media from Facebook to Instagram. You will also find her actively tweeting about weather and global news on her Twitter handle at least twice every other day. With over a million twitter followers, the sizzling 5 foot 8 sensational weather forecaster knows how to keep up with her fans.

“Would you like to ride in my beautiful balloon” in order 2 understand “The Albuquerque Box?” @JimCantore goes “up, up & away!”We’ll explain science behind why ABQ has perfect weather 4 the Intl Balloon Fiesta!Promise it won’t be a bunch of hot air!;) 📸 @gdimeweather pic.twitter.com/5LUlPLlwz7