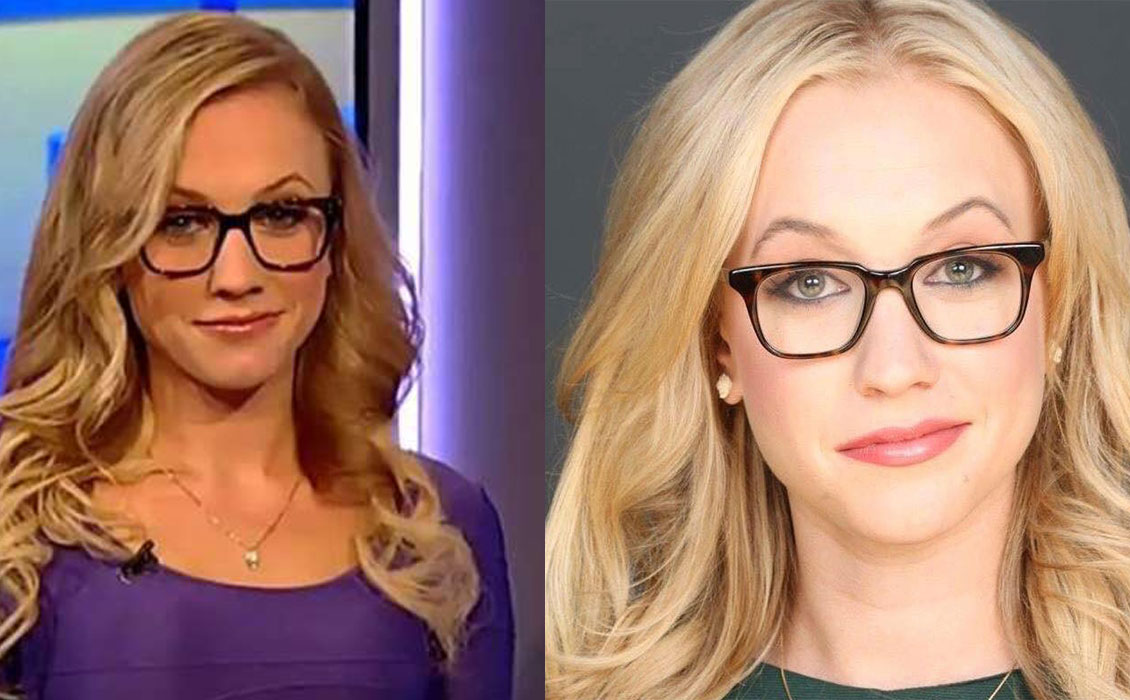 Prior to marking the headlines as one of the top reporters, she did internship with KFI news and Fox business news. She initially graduated from Hillsdale college with BA degree specialising in english. She has also worked as a stand up comedian through the country including Gotham comedy club. 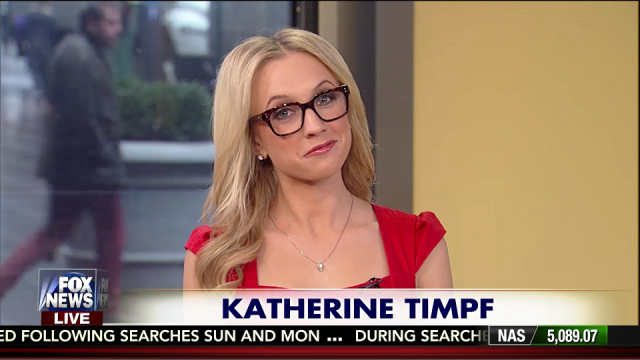 Timpf is one of the loved television personalities of America. She has appeared in a number of television shows including America Live with Megyn Kelly, Fox and Friends, Stossel, The Greg Gutfeld Show and many others. Prior to working for Fox News Channel, Katherine Timpf was a video and print reporter for the CampusReform.org based in Arlington, Virginia. She used to cover the issues on fraud, abuse, biases and wastes of college and campuses. She also served as a digital editor for the Washington Times and news anchor for NASA’s Third Rock Radio. She was also the producer and reporter for the Total Traffic Network based in Santa Ana, California. Since March 2016, she released her weekly podcast called The Kat Timpf Show where she talks to a guest about random subjects.

Besides, Katherine Timpf is known in the print journalism for her contributions. Her work was featured on Rush Limbaugh and Drudge Report. She is appreciated for her work as a contributor to publications including The Washington Times, Orange County Register and Investor’s Business Daily. Her piece of article on Hillary Clinton citing her as a ‘Fake Feminist’ had hit the headlines. She also served as a featured comedian on the morning drive show on Baltimore’s 98 Rock. Not only this, she has performed stand-up comedy at the Gotham Comedy Club and The Improv in L.A.

She is open about her works and personal lifestyles on social media where you can easily get a glimpse of her doings.

Katherine Timpf also serves as the National Review Online reporter where she writes columns and satire pieces on the ongoing issues related to the political move and cultural over-sensitivity. Katherine Timpf considers herself as a libertarian. She has her own belief on government and on its policies. She believes the social decisions need to be made by the individuals. Katherine Timpf is aware of the fact that she might be hated by the people but there are things people would agree on her.

Katherine Timpf is one of the hottest and young television personalities in Fox. She is very honest and fun loving girl. No doubt many guys must have fallen on her beauty and smartness. She is the crush of many guys. However, Katherine Timpf is open on her personal life so it has been confirmed that she is not married to anyone yet.

Well, it might break hearts of many fans of her if one tells you that she is mingled. She has a boyfriend and is enjoying her relationship. But this is not true; Katherine Timpf is not in a relationship or is having any affair. She is single and is looking forward to having a boyfriend. There was a rumor in the past that she is dating a guy named Joel Pavelski but later she turned it down. Joel and Katherine happened to be the best friends and they have a lot of pictures together that she has uploaded on her Instagram.

Katherine is single which is proved by her Tweets where she writes ‘Yes. I am looking for a husband that micromanages my face’ and ‘I wish I had a boyfriend so I could force him to clean the litter box right now.’

Katherine Timpf’s ex-boyfriend in her Podcast

Katherine Timpf was once in a relationship with her college friend Blake and broke up about six years ago. It is said that Blake was the one to bring her close to the Fox News Channel. Nevertheless, the video of the podcast has been deleted, but the sound can still be heard where Blake and Katherine talk about their immature relationship, cat adoption, drinking habits, relationship issues and other flings.

Katherine Timpf got a death threat

This revelation of Katherine hit the headlines where she received a death threat. On November 2015, she made satirical remarks on Star Wars fandom on the comedy show Red Eye w/Tom Shillue. The fans of star wars got offended and she received the death threats. Katherine comments on threat as going too far and is wrong. However, YouTube has got video that shows the comments of both the parties on the satire.

Although the detailed income of Timpf isn’t revealed to public, it’s believed that she earns a respectable income of over 1 million annually. Among all the source of income from stand up comedy shows and reporting, it’s the reporting that gives her healthy edge in terms of income. One source revealed that she backs a neat amount from Fox channel.