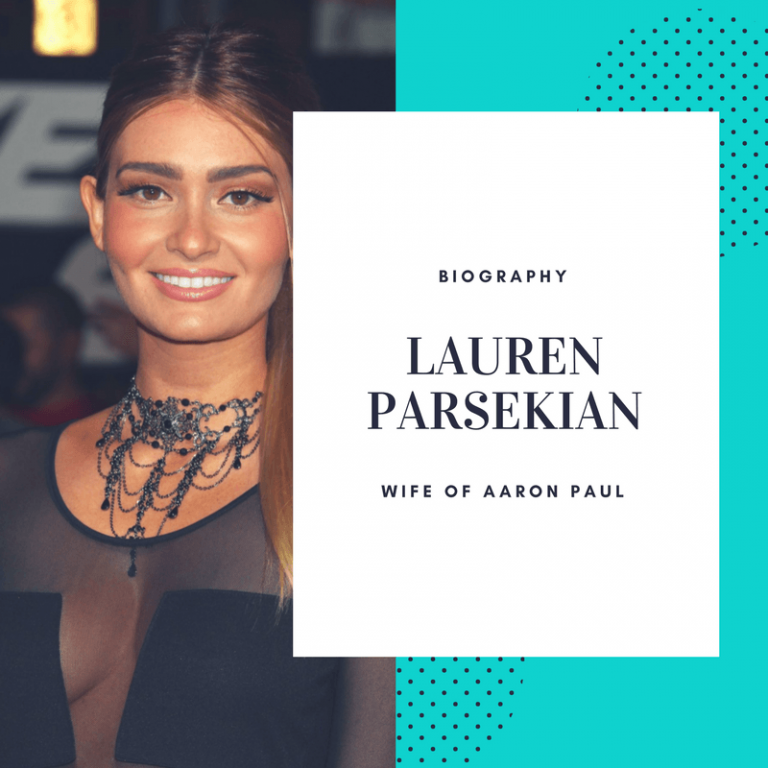 Lauren Parsekian is the director turned actress better known for her role in TV movie NCIS: Special Agent DiNozzo visits Dr. Phill. She made her directorial debut with a documentary “finding kind.” She is married to Breaking Bad star – Aaron Paul (2013). The entertainment industry went crazy when the marriage news hit the surface.

She was born and raised in Orange County, CA where she did her schooling. Parsekian suffered a series of bullying in her middle school.

“I was one of the popular girls in my school. However, my friends turned on me because they felt insecure because of me. I was liked by one of the boys that one of my friends had a crush on. which hurt their ego.

It led to a huge dispute and she turned the whole school against me. Overnight I was deemed enemy by my friends. This was one of the hardest times of my life” says Lauren.

She was struck by eating disorder and depression at an early age. This led to her suicide attempts in seventh grade.

After graduating her high school, she moved to Malibu to pursue her filmmaking career. There she attended Pepperdine University where she learned the art of Filmmaking.

Lauren Parsekian tied the knot with her long-term boyfriend Aaron Paul on May 26, 2013. The marriage ceremony was organized according to 1920s Gatsby themed party.

Fighting with the tradition that its a bad omen for the bride to be seen on her wedding day, she prepared herself on her own.

She posted on her Instagram with a caption – Wedding time. Did my own makeup! And hair by this babe “Michael Kanyon Habib.

Looks like Aaron got a low maintenance diva on Lauren Parsekian.

Lauren met Aaron at the Coachella music festival held in Indio, Calif when she was just 17 years old. And just after a year, we were in love, tells Aaron in an interview to People magazine. On September 20, 2017, Lauren took her followers by surprise when she shared her picture with a baby bump. She later posted another collage picture of herself, Aaron and sonogram.

She is Beautiful Outside as well as Inside

In 2009, she started a campaign called “Kind” with her fellow friend Molly Stroud whom she met in Pepperdine. Kind is the campaign solely focused on awareness & precaution program on the girl against girl bullying. This is something that’s really close to the heart of the beautiful blonde.

During an interview, she mentioned how she was tortured by her friends.

“They used steal my stuff from my lockers, destroy my homework and even throw stuff at me! It was horrible.”

Although I never did anything like that to others, I never stood up for myself or others.

We try to send a message to all the girls out there to speak out against these crimes. Standing against them is the only way of defeating the demons says, Lauren.

In 2011, she directed and produced “Finding Kind” a documentary that aims at the epidemic she feels deep inside. It aims at providing awareness against the girl-on-girl bullying crime.

The documentary is also used in school as an awareness curriculum. Lauren sets a tone of a beautiful blonde with a beautiful heart.

Although Lauren’s primary work comes under her nonprofit foundation, she has done a fair of acting in her career. She has been featured in 2012 TV movie NCIS Special Agent DiNozzo visits Dr. Phil. She also hosted an episode of Extra in 2014. Lauren was also given the Monster Persona when the Kind Campaign partnered with “Monster High.”