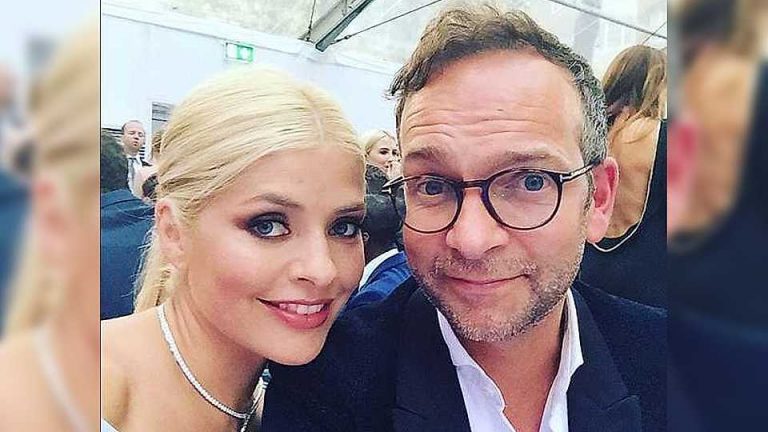 Holly Marie Baldwin also known previously as Holly Willoughby is a popular personality among English television scenes. She is a former model currently tied to her role as presenter in “This Morning” and “Dancing on Ice”. The 37 year old beautiful Willoughby, is renowned for her hourglass curves, flaunted by her cheeky nickname “willaboobies.”

Riding on the back of various CBBC and CITV shows, she also authored a number of books for children. She is married to husband Dan Baldwin with whom she runs her own media house, the Roxy Media.

Holly was born on 10 February 1981 to parents Brian R. Willoughby and Linda J.Willoughby. She was born and raised up in Brighton, England, with her elder sister Kelly who is also a profound writer on her own. So, it’s obvious that she comes from British nationality. Her father worked as the manager for Everest Double Gazing while her mother was an air stewardess. So growing up was bread and butter for the two talented sisters.

Holly did her graduation from the College of Richard Collyer in Horsham whereas her higher level education was done from Burgess Hill Girls.

At a tender age of 14, her potential was spotted by a talent scout of Clothes Show Live Exhibition. She was later signed up by Storm Model Magazine where she was featured in different magazines including Mizz, Shout, Just Seventeen, and many others. 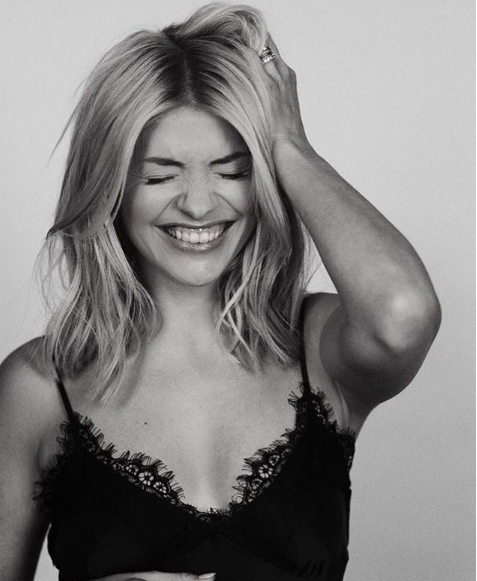 However, it was only at the age of 19 when her presenting career flourished as she won an audition for a show on CITV featuring s club 7 called s club tv. She later did a guest appearance in the same show playing a character called Zoe aligning with the regular members of the band.

In the meantime, she took on menial jobs like receptionist and also started an open university course in psychotherapy. Later she found work as an assistant manager and during this time she convinced her friend to make a showreel of her.

This secured her an agent who then contacted the BBC. And this is where her career hit the major breakthrough. She was the host of various several children’s shows for CBBC like x-perimental and CBBC at the fame academy. She then rejoined CITV in 2004 to co-present their entertainment show Ministry of Mayhem. On this show, she met her future husband Daniel Baldwin, who was one of the show producers which aired on Saturday morning. As the show gained popularity the title was changed to Holly and Stephen’s Saturday showdown in 2006

Willoughby had presented several children’s programs such as Stars in their eyes in 2004 and Feel the Fear in 2005.

As her popularity grew as the TV host of children’s show, she began to get noticed by various outlets. This let Willoughby win BAFTA award in 2006. In the same year, she was selected to present the television show Dancing on Ice along with Philip Schofield.

Willoughby was also a presenter of various other ITV programs, which included spin-off shows such as celebrity wrestling: bring it on in 2005, greased lightning in 2007 and the Xtra factor for two years in 2008 & 2009.

She also appeared as a team captain on celebrity juice presenting series 1-11. She had to go through maternity leave at the end of the 11th season but she was back in the 13th season. In 2008, she also became the patron of the charity, “Together for Short Lives”. She also hosted UK version of “The voice” for the first two seasons along with Reggie Yates.

#Repost @thismorning 👌🏻🙌🏻👏🏼 ・・・ Exciting news – we've got an app! 📱⠀ ⠀ Download our This Morning app for free and catch up with all the latest food, fashion and exclusive content – plus it's the new home of Best Bits!⠀ ⠀

Holly and Dan Baldwin met in the sets of Ministry of Mayhem. After dating for a couple of years, the couple decided to tie the knot on 4 August 2007, a producer.

The couple has a happy family of two sons and a daughter. Their first son Harry James Baldwin was born on 11 May 2009 while the couple gave birth to their first daughter Belle Baldwin (14 April 2011). The couple conceived another son named Chester Baldwin on 29 September 2014.

Although we don’t know the exact numbers Holly makes a year, various sources claim that she easily makes well above a million annually. Just last year, Roxy Media made 1.3 million where Holly holds 80% of the shares. Also as a star presenter, she receives a healthy paycheck which isn’t disclosed. This accounts for a million quid easily over a year for the beautiful blonde presenter.